Degroof Petercam, beyond the infra

Rationalise, centralise and, ultimately, redeploy. At the start of a change in infrastructure, Degroof Petercam reconsidered its digital strategy.

From an infrastructure renewal to an in-depth transformation of its IT organization, while maintaining the same quality of services. At the end of 2019, the Degroof Petercam financial group had embarked on an ambitious program to transform its digital environment: development of the application base, use of data, adoption of the cloud and security …

Four major axes are covered: infrastructure, applications, processes and new ways of working. In this context, Telindus has been selected as a partner for its ICT infrastructure and associated managed services. Concretely, Telindus operates the target infrastructure, while deploying proven advanced technologies.

“We wanted to both streamline and centralise IT activities,” explains Bert Verhoeven, Head of IT Infrastructure & Operations, Degroof Petercam. We operate in six data centers, compared to two today. Active in Belgium and Luxembourg, we wanted to operate from a single platform. Our choice fell on Luxembourg, where the data center infrastructures are more advanced, many of which are Tier IV certified. What is more, the concept of compliance with the CSSF, the Commission de Surveillance du Secteur Financier in Luxembourg, has naturally established itself as a quality benchmark. ”

In addition, the group wanted to outsource part of its operations to allow its teams to refocus on core business. “Our added value is not in the data center, but in the applications!”

Finally, Degroof Petercam wanted another level of support, more innovative, more pragmatic. More economical, too. And, therefore, to begin with, replace the obsolete infrastructure. In this context, the modernisation of its IT infrastructure was a prerequisite, an essential first step to guarantee a scalable and sustainable digital environment.

Review everything to better manage the transition to the cloud

The infrastructure, built over time, had become motley, around IBM Z, AIX and iSeries systems, but also Solaris and Linux. “Obsolescence threatened, with its inherent risks in terms of lack of support, but also lack of flexibility, notes Bert Verhoeven. This negatively impacted costs. At the same time, we had already made choices in terms of SaaS and the cloud. It was therefore necessary to consider the transition to the cloud. Because it is towards the cloud that the bank has decided to go. “

In addition, it was necessary to continue the activities, without ever interrupting them … “In 2017, we launched an RFP, continues Bert Verhoeven. We already had a relatively precise idea of ​​the architectural model and operationally – the famous wish list! Telindus quickly understood what we wanted, bringing the necessary notion of innovation. Their proposals met our criteria. In addition, Telindus is PSF in Luxembourg, which was very important for us. Together we share the same culture; we therefore found ourselves in their proposal. The same vision and the same spirit are essential in outsourcing projects! ”

Finally, the proposal was based on a reduced number of partners. “Degroof Petercam was looking for a single committed supplier, and not a plethora of service providers. And if, by virtue of its specialty, NRB played a role in the replacement of the infrastructure, it was Telindus which really took the project head on. Despite the difficulties inherent in the health crisis, all Telindus employees involved in the project worked tirelessly to keep to the planned timing. This operation, which lasted 12 months to the day, took place in a completely transparent way for the Degroof Petercam teams in Belgium and Luxembourg, allowing them to remain focused on their core business and to maintain an optimal quality of service. throughout this period ”, explains Thierry Bousez, Service Account Manager, Client Services, Proximus Luxembourg.

Ready to take the path to the cloud

By maintaining a consistent IT and security architecture, Telindus has developed solutions within U-Flex to enable unified management of cloud services regardless of the private or public clouds used. This includes, among others, the deployment of independent cloud services and lifecycle management, data replication and backup, monitoring, advanced security configuration as well as running a VPN or a private connectivity on these hosting infrastructures.

In addition, Telindus is able to support customers in the day-to-day management of their IT landscape, whether based on dedicated or shared workloads. This day-to-day management is designed in such a way that the services can potentially be extended to the public cloud, thus creating the basis of its hybrid cloud offering.

The new infrastructure, which meets the highest standards in terms of security and resilience, forms the basis of the group’s digital transformation. And this one is cloud-centric.

For Bert Verhoeven, the public cloud is a logical choice, an evolution that he describes as inevitable. “Other large financial organizations have embarked on this path. For our part, we already had a large number of applications in the cloud … Minds change, so does the context; the health crisis was a catalyst. We were ready to take the path. Because it is a path! In terms of experience, we already had Microsoft 365 and other services, especially for our HR department, in the cloud. In short, Azure we know! ”

The issue of data protection has been followed very closely. Solutions exist, Microsoft has already largely proven its level of commitment, comments Bert Verhoeven. “Let’s face it: a solution in the cloud is inherently much more secure than what a company could achieve on its own. The hyperscalers have the experience and resources that we can’t even imagine … ”Management understands this. Ultimately, everything is based on a question of risk management.

Azure as a pillar today, but without exclusivity. Tomorrow it could be AWS or Google Cloud. Degroof Petercam does not consider itself in any way linked to a hyperscaler. This freedom, for the company, was a sine qua non.

Thanks to Telindus, Degroof Petercam now benefits from a stable and cutting-edge infrastructure as well as the latest cloud innovations while relying on 24/7 support teams in the day-to-day management of its IT landscape.

The gains? Multiple and at all levels. Predictability, puts forward Bert Verhoeven first. “We know exactly what our infrastructure will cost us over two years. As governance has become more efficient, we are seeing a decrease in incidents. We also benefit from 24/7 monitoring. The gains are notable. At the end of March, we did a Disaster Recovery test, easily, easily, in a predictable way. ”

In addition, the switch from old energy-hungry servers to ultramodern ecological external servers will limit their impact on the environment. The sustainability introduced by this new architecture is sensitive to shareholders. Sustainability has always been central to Degroof Petercam. In addition, this choice generates savings …

More than a customer-supplier relationship

Switching from a decentralised infrastructure to a model centralised around the cloud is not everything. This project also involved real change management. Overnight, many IT employees literally changed jobs. “The operational management of the infrastructure was no longer our responsibility,” says Bert Verhoeven; it was under control at Telindus. We therefore reoriented our employees, a mission for which we were initially helped. ”

Hence, also, the importance of good understanding between the teams. Work in full transparency, with confidence. “It’s getting ready, continues Thierry Bousez. Alongside the architectures, we have managed to have beautiful fluid interactions, to invest ourselves in the client’s business. It is important. Clearly, train and educate our employees about the specificities of a financial group. From an infra course we have moved on to a business project! Either raise awareness of the rigor of the banking profession, of other types of service levels, also of a specific sensitivity to finance. Beyond a purely IT project, it is a real human adventure in which our teams are committed. “

Bert Verhoeven insists on the notions of sharing, full collaboration and total transparency. In addition to the excellent service, they are the ones who literally ‘built’ the project. “More than a client-supplier relationship, we have forged a real partnership. Throughout this process, we have been able to count on the unwavering commitment of the Telindus teams. Despite the difficulties inherent in the health crisis, all the teams remained strongly invested in the project. ”

Lenovo, number 1 in the x86 market in Benelux 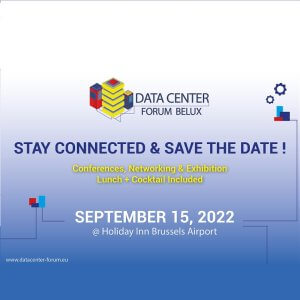